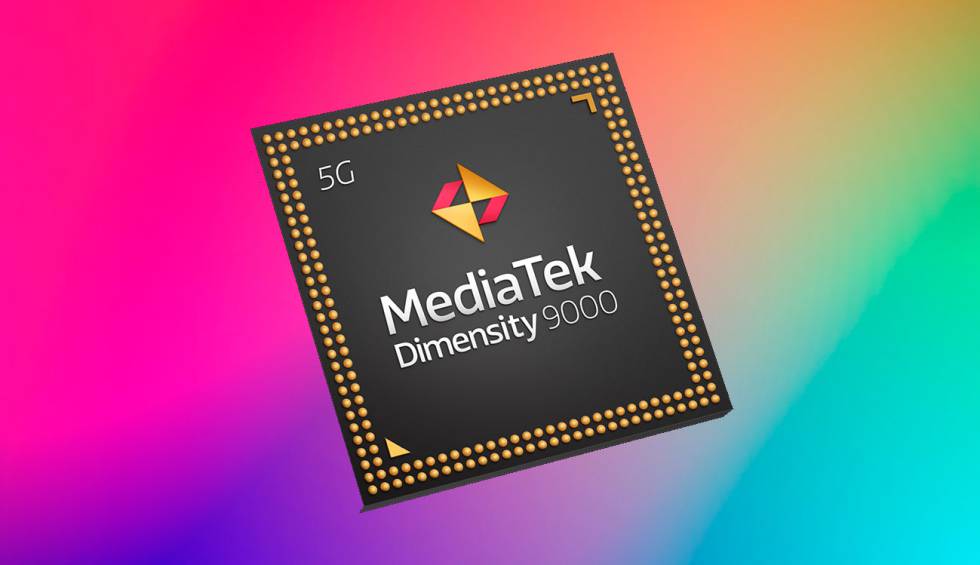 A few days ago the passage of a processor from MediaTek by one of the most important performance tests, and it attracted a lot of attention because the phone that had passed with this mysterious processor had passed one million points, something unheard of for a phone, and far from the possibilities an iPhone or an Android with current processors. And the mystery has been unveiled, because MediaTek presented its processor Dimension 9000, which becomes the first on the market to be built using the 4nm process, a key factor in being able to offer higher performance. The processor that could finally attack Qualcomm’s undisputed throne in Android and Apple phones and their Bionics at absolute levels.

The most powerful processor around

In the end, MediaTek took charge of launching the first processor with 4nm manufacturing technology, something many doubted a manufacturer would get before Apple, which there is certainly doubt that it could make that leap in the Apple A16. But getting back to MediaTek, the company has released a powerful processor with cores of all kinds. Like a 3.05GHz Cortex-X2, three 2.85GHz Cortex-A710s, and four 1.8GHz Cortex-A510s, so the main core exceeds the speed of 3GHz, which is spectacular for a mobile device.

MediaTek guarantees that this processor is 20% more powerful than its predecessor, the Dimensity 1200, and there is one fact that has undoubtedly caught our attention and which tells us where our cell phone cameras are going to evolve. Since this processor will support sensors with a resolution of up to 320 megapixels. This processor again offers 5G connectivity, and launches connectivity for the first time Bluetooth 5.3. This will provide better signal strength and stability. In addition, it will boast of Wifi6E to have the highest possible download speed. We already know who would be the first manufacturers to have this processor in their high-end mobiles.

These would be Vivo, Realme, Xiaomi, OPPO, Samsung, Motorola or OnePlus. It remains to be seen whether this is the processor that exceeds one million points in the most important performance test on the market. If so, this may be the first time that MediaTek has overtaken Qualcomm in the high end with the fastest processor, pending the Snapdragon 898 or Apple A16 Bionic.