Last month was all about flagship devices. From OnePlus to Samsung, smartphone makers have unveiled some of their latest flagship smartphones, giving Indian consumers more options if they want a phone that not only offers great performance but looks great, great cameras and even more. iQOO, the Vivo sub-brand, has also launched its latest flagship phone, iQOO 9T in India.

Well, like OnePlus or Samsung, iQOO might not be the choice of the masses, but its recent range of phones, including the iQOO Neo 6, iQOO 9 SE and a few others, has a lot to offer. a relatively competitive price. If I follow the company’s track record, iQOO phones are mostly a hit among power-hungry consumers who want flagship-grade performance without shelling out big bucks out of pocket.

Launched at Rs 49,999, the iQOO 9T is pitted against the OnePlus 10T, which also carries the same price and comes with similar specs. The question I will address in this review is: is the iQOO 9T the best choice for consumers looking for a versatile smartphone under Rs 50,000? Let us explore in the review.

iQOO has never been wrong with the design of its smartphones. Obviously, you find that its phones look a lot like Vivo phones in terms of design and that’s honestly not a bad thing in my opinion. Vivo phones in general look good across all price segments, as do iQOO phones and the iQOO 9T.

The smartphone comes in two variants, including the Legend variant – which shouts loudly about iQOO’s association with BMW motorsport, the signature stripes we’ve also seen in the iQOO 9 series phones. another is the black Alpha variant, which has more of my affection, and I think it will impress a lot more people who love their phones with subtle design language. Well, what worked for me was the perfect fusion of soft matte and glossy texture offered on the back panel.

Going deeper into the textures used in the iQOO 9T, there is the carbon fiber texture in a glossy finish taking the top spot, while the remaining part is taken up by a matte finish, which looks a lot like the sandstone finish. Notably, it’s not the kind of sandstone finish you get in the OnePlus 9 series. It’s mostly dominated by the soft matte finish, which keeps fingerprints and smudges away. Unfortunately, I can’t say the same for the top half of the device, which attracts a lot of smudges and fingerprints. In fact, sometimes your fingerprint sensors can obscure the camera sensors as well. So use the phone with care or just use it with a case.

Honestly, the iQOO 9T reminded me a lot of the Vivo X80 series. The only noticeable difference here is in the design of the camera module. The iQOO opted for a fairly large square-shaped rear camera module, which houses three camera sensors and an LED flashlight. On the right side there is a textured home button with the volume rockers. The SIM tray, USB Type-C port, and speaker grilles are all clubbed at the bottom. Even though there is room, the iQOO 9T has no room for a headphone jack. 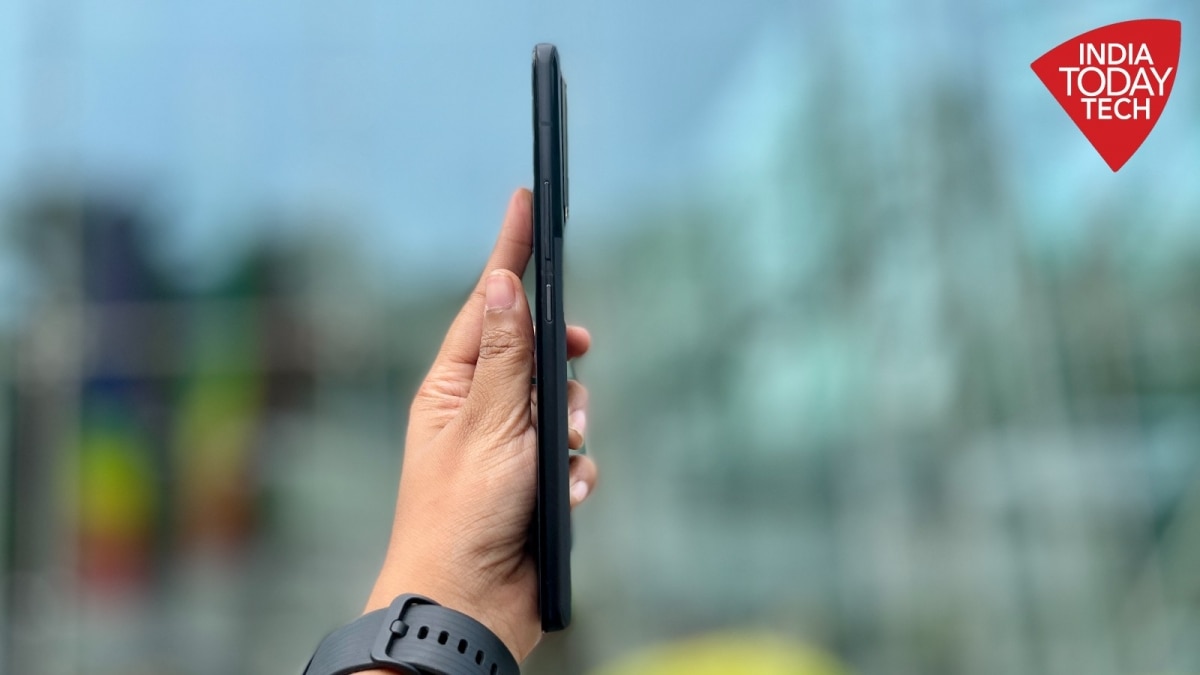 The iQOO 9T looks and feels premium. Simply put, the design completely justifies the price in my opinion. It’s a big phone, which makes using the device with one hand slightly awkward. There’s also enough space for your fingers to roam freely across the screen.

For protection, the iQOO 9T comes with an IP52 rating for water and dust resistance, which is a good thing. At least you won’t have to worry about the occasional splash your phone gets.

The iQOO 9T sports a 6.7-inch FHD+ AMOLED display with a 120Hz refresh rate. The company claims to have used the Samsung E5 panel with HDR10+ support. So, overall, the device has all the attributes of a good OLED display. It has very thin bezels around the corner with a punch hole cutout at the top for the selfie camera to sit in easily. The screen has excellent brightness levels and the colors are also well saturated. If you particularly enjoy watching movies or shows on your cell phone, you’ll be very impressed with the color reproduction and punchy picture quality. It is also a very good screen for gamers as it has a touch sampling rate of 360Hz.

iQOO 9T is one of the first phones in India to get the Qualcomm Snapdragon 8+ Gen 1 chipset which is currently the fastest chipset you can get in an Android phone. There is also the OnePlus 10T which offers smooth performance in all situations. The good thing is that is the case with this phone from iQOO. 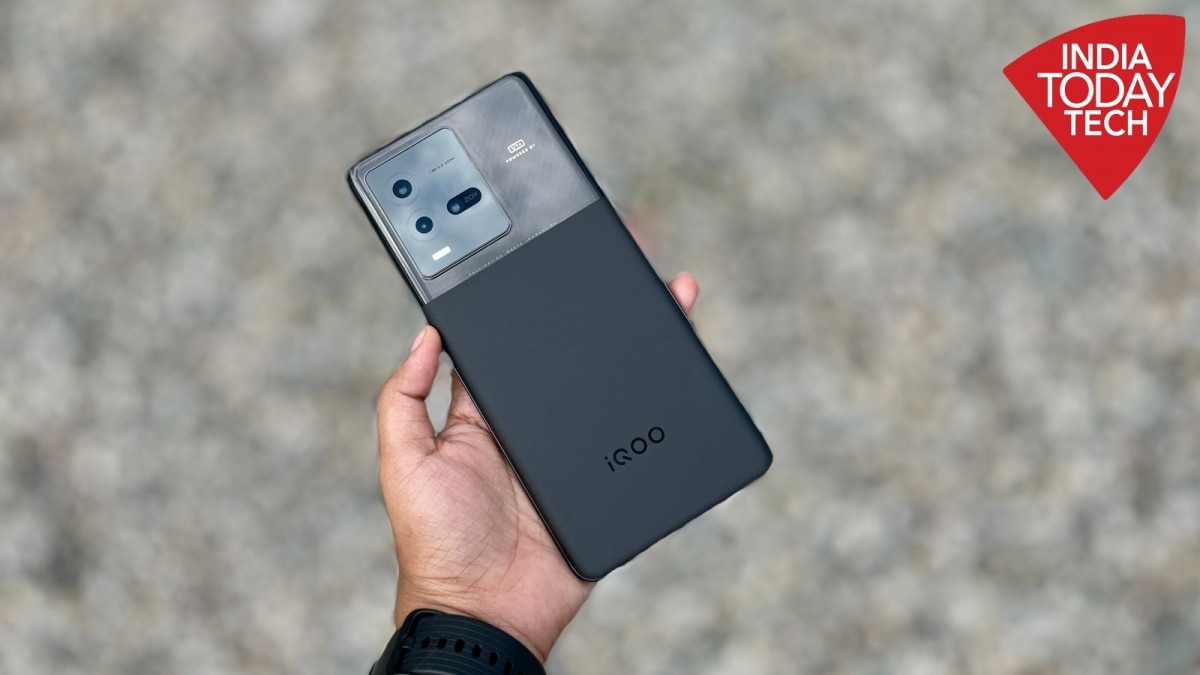 I’ve used the phone for a while and my usage was mostly juggling heavy apps, playing games, and watching movies and shows. During my use, the phone showed no stuttering or lag. The good thing is that there are no heating issues in this one and kudos to iQOO for balancing this bit so well.

Not just for basic users, the iQOO 9T is a good option if you’re a hardcore gamer. The phone can handle even the heaviest graphics with such ease. For example, I played Asphalt 9 at the highest possible graphics settings and experienced no heating or stuttering issues. Notably, the phone comes with a dedicated V1+ chip for gamers and photographers. The chip essentially increases the frame rate and also optimizes the colors.

The iQOO 9T houses a 4500 battery with support for 120W flash charging out of the box. The company claims that the device takes up to 20 minutes to charge from 0-100% battery and only 8 minutes to reach around 50%. After using the phone for a considerable amount of time, I can back up these claims from the company. The brand is right and that’s great news for customers.

During my use, the phone lasted me more than a day on a single charge and it took barely 20 minutes to fully recharge the battery. In the accelerated loop test, the smartphone managed to capture footage of around 1:25 minutes, which took over six hours to record. The good thing is that the phone heated up even a little.

iQOO 9T gets the camera spot, I have to say. The smartphone has a triple-camera setup on the rear panel which includes a 50-megapixel camera accompanied by a 13-megapixel ultra-wide-angle camera and a 12-megapixel portrait camera. The iQOO 9T manages to capture sharp and vibrant images in daylight. The images can look a little saturated at times, but they’re not particularly eye-popping and don’t look staged at all. The color reproduction is accurate, the skin color doesn’t look bleached at all, which I really like. At least, like most other phones, this one doesn’t make you look like an alien. 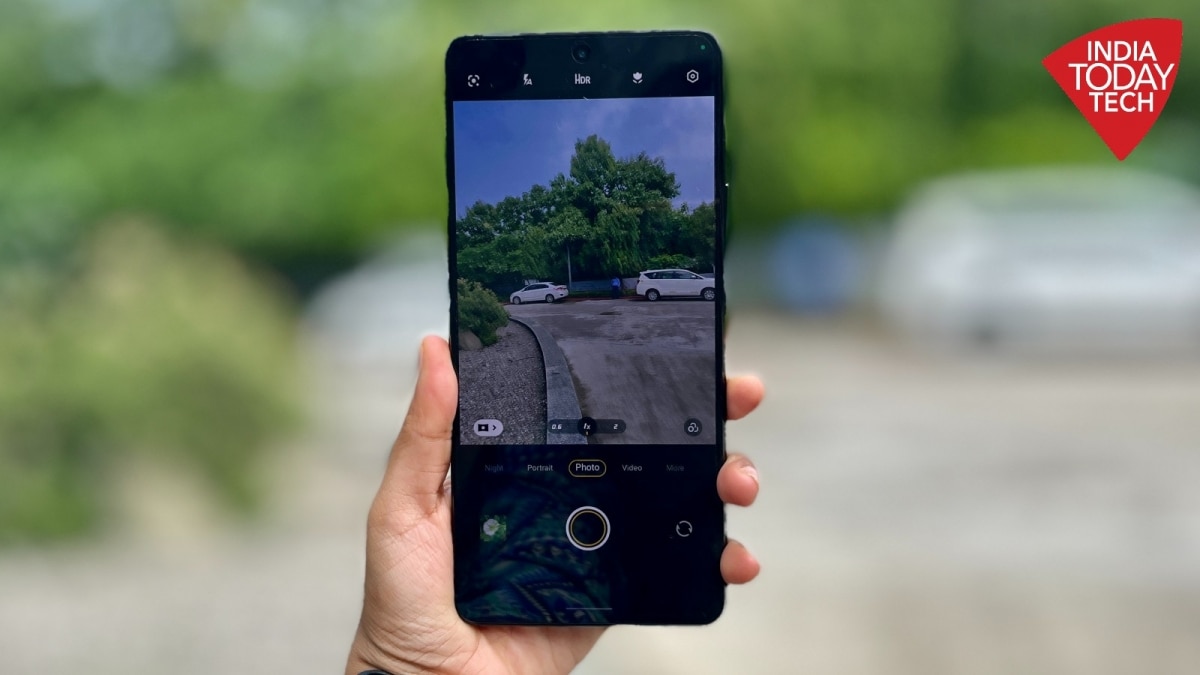 I clicked many photos regardless of the moment and was really impressed with what iQOO did with low light photography. In my opinion, low-light images are impressive, and the night mode manages to capture bright images as well. The macro camera also manages to capture impressive photos and didn’t lose focus even when I got too close to the subject. For example, in this photo of a white flower, you can see that the interior of the flower is well differentiated and represented.

In portrait images, the background becomes nicely blurred, the edges appear clear, and a beautiful bokeh effect forms in most of these shots. I’ve captured several portraits of my dog ​​using the iQOO 9T, and you can clearly see that his fur is so well differentiated and doesn’t blend into the background. Overall, the camera exceeded my expectations for sure and puts up a tough fight against its competitor, the OnePlus 10T. It not only allows you to get photos in good light, but also in tricky lighting situations. So, kudos to iQOO for doing a magnificent job in this department.

iQOO 9T: Should you buy?

iQOO 9T is the phone you should get if you want a versatile device that can handle anything you throw at it with ease. And either way, it gives a tough fight to the OnePlus 10T, which is also one of the best you’ll find in this price range. It will therefore be difficult to choose these two devices.

All in all, when it comes to iQOO phone, whether it is performance, battery or camera, not even once iQOO 9T performs poorly. I have nothing to say about these aspects. However, if you don’t like giant phones, the iQOO 9T may not be for you. This one is quite heavy and has a giant sized screen, which I have to mention delivers top notch performance.

So whether you’re a gamer, multi-tasker or photographer or a media-heavy consumer, spending on this one makes perfect sense, of course, if you’ve got that much money to spend. Now, if you have budget constraints, the brand has a lot more good options at an affordable price.