When it comes to mechanical watches, most consumers are familiar with Swiss watch brands. As a synonym of â€œluxury watchesâ€, Swiss watches have a long history in the watch industry, with superb watchmaking craftsmanship, and they are well known in the world market. But not many people know that over 80% of the world’s watches and clocks are produced in China. As a major watch-producing country, the popularity of Chinese watches is much lower than that of Switzerland and Japan. On the one hand, due to the lack of independent research and development of complex mechanical technologies, watch movements have long been monopolized by Switzerland and Japan, and most watch parts cannot be imported. On the other hand, the innovation system of traditional Chinese watch brands is not yet mature, and the styles of products are mostly the same. The aesthetics of people have been improved, but there are few mechanical watches that match their personalities and needs.

In such a difficult condition, the “Chinese watch” is not very popular in the minds of many people. â€œMade in Chinaâ€ has been labeled as â€œcheapâ€ and â€œpoor qualityâ€. However, with the development of the manufacturing industry, more and more brands with â€œMade in Chinaâ€ factors have also produced luxury goods, such as the mobile phone brands Xiaomi, Huawei and OnePlus. Faced with Apple’s absolute advantage, Chinese-made mobile phones insist on making efforts to differentiate and innovate. Chinese enterprises are gaining market share through innovation of design concepts and intermediate manufacturing technology, and gradually increasing acceptance of Chinese brands by consumers.

In fact, Chinese watch brands are also constantly working to get rid of stereotypes in recent years. Yet in the fierce competition from watch brands, it is not easy for a young Chinese watch brand to stand out. The thing they need to think about the most is, how do you achieve breakthrough innovation and breakthroughs in existing technologies and products on the market? If you don’t drill, you won’t succeed. The Chinese mechanical watch brand AGELOCER has given thought to this problem.

AGELOCER was established in 2013. From the very beginning of its establishment, it invested a lot of money and effort, insisted on original design and independent research and development of the movement, and strived to be unique among mechanical watches. AGELOCER’s goal is to be an innovative Chinese brand of new generation mechanical watches. Since its creation, AGELOCER has gradually crossed technical barriers thanks to unremitting efforts in the field of mechanical watches, more and more people have come to know this brand.

Breakthrough in watchmaking capacity: research and development independent of the movement

Types of mechanical watch movements include universal movements and self-produced movements. Universal movements are produced by the movement maker, like the famous ETA movement. Many well-known watch brands will purchase universal movements and modify them according to their own design needs. The self-produced movement is entirely designed, developed and produced by the brand itself. At present, only a very small number of brands in the world have the capacity to produce their own movements, because if a brand wants to invent a new movement, it will necessarily require a lot of manpower, financial means and resources. material resources. The research and development time will be very long, and the requirements in terms of watchmaking technology are also very high. 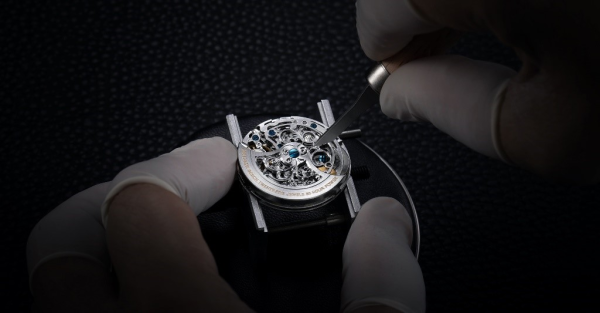 Without a doubt, research and development independent of the movement is a â€œdifficult but thanklessâ€ thing for young brands, but AGELOCER has chosen to invest heavily in research and technological development from the start, and has the capacity to develop its own movement. The movement is the heart of a mechanical watch. The value of movement independent research and development will ultimately be reflected in the process from design to production. AGELOCER strictly controls the quality of the products, because the quality is the basis of the brand image. AGELOCER has always focused on the development of mechanical watch technology, committing to break existing watch concepts and technologies and present the new generation of Chinese mechanical watches with an innovative core.

In 2013, the first small calendar movement developed by AGELOCER, the Cal.A3350, presented itself to the public. It is a square self-winding mechanical movement with a 40-hour power reserve. In 2014, the CAL.A4610 three-hand calendar movement was launched. The same year, AGELOCER made a technological breakthrough. The power reserve of the new generation movement was 80 hours, which is double that of the ordinary movement. After that, the kinetic energy reserve of all movements is more than 80 hours. On this basis, AGELOCER continues to create pioneering and original movements. Representative movements include the flying tourbillon movement CAL.A9001, the classically sculpted CAL.A4710 movement and the modern skeleton movement CAL.A4910. 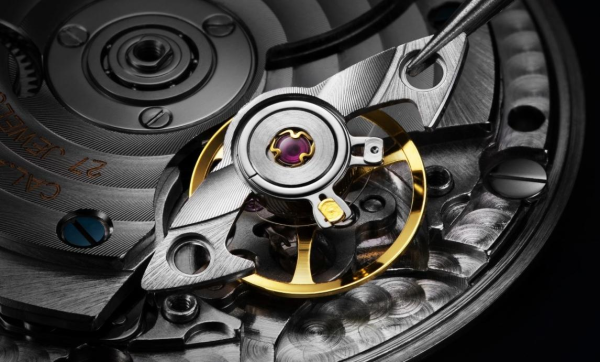 The quality of the movement is primarily determined by the accuracy of the time, the degree of polish, the durability and beauty of the hairspring and balance. In terms of time accuracy, the energy of the winder is released more slowly and evenly, which can improve the stability and accuracy of the watch. The new generation of AGELOCER movement will control the daily error in Â± 15 seconds, which is well below the international standard Â± 30 seconds for mechanical watches. AGELOCER movements are made up of hundreds of hand-finished parts, and the watchmaker will polish each movement very finely. The movement is treated with satin polishing, Geneva pattern polishing, fish scale polishing, chamfering and edge polishing and bronzed lettering. It is fitted with synthetic ruby â€‹â€‹bearings and hardened and polished blue steel screws. By carefully observing the details of the movement, you can see the brand’s pursuit of exquisite quality.

Breakthrough in the structure of the dial: the thickness of 2.4 mm hides 4 layers of complex mechanical hollow structure

AGELOCER’s design concept is to â€œredefine mechanical watchesâ€. In order to break the conventional design and indicate a new direction of integration for traditional watches, it is necessary to change the regulation of traditional watchmaking and constantly to go beyond technological boundaries. The AGELOCER Big Bang series dial subverts the traditional flat and monotonous design and adopts a three-dimensional mechanical dial with a layered, multi-level design.

In order to accommodate the 4-layer hollow structure of the dial and the intertwined design of the hands in the ultra-thin 2.4mm thick space, the designer has repeatedly tested and adjusted. And finally controlled the thickness, height and pointer interval of each layer of the dial. In order to prevent the ultra-long 16.5mm minute hand from scratching the dial, the resistance generated by friction will affect the accuracy of the watch. The Big Bang series must strictly control the error within 0.35 degrees during the needle installation process, which requires a very high level of manufacturing and assembly technology. 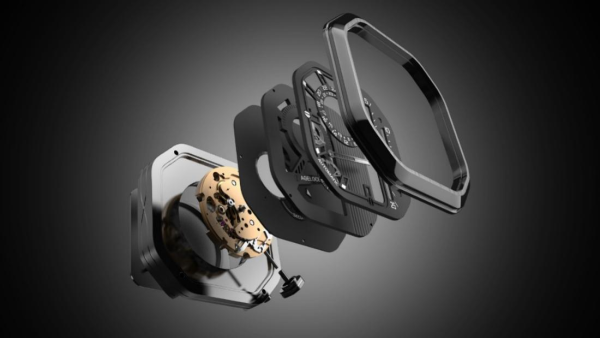 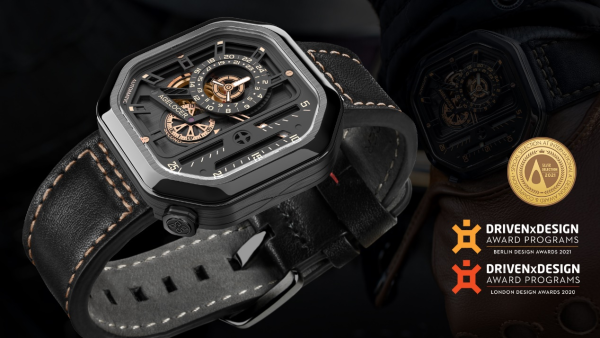 Breakthrough in recess technology: the ultimate recess design on both sides

Hollow design is a way of expressing aesthetics and function. Its technical difficulty consists in removing the additional metal parts of the splint with the exception of the skeleton without affecting the performance of the watch. How to beautifully show the aesthetic feeling of the movement from the inside out and achieve a balance between beauty and function, watchmakers have to master watchmaking craftsmanship, and a lot of detailed analysis and consideration is invested in the beginning.

Skeleton technology is a major feature of AGELOCER mechanical watches. Many series under the brand adopt different hollow designs. The most representative watch is the AGELOCER flying tourbillon watch. When AGELOCER innovatively removes the traditional dial, it also cuts movement parts with a hollow process to create light visual beauty and achieve clear and transparent multiple changes. It uses an extremely hollow double-sided structure and a panoramic 32mm rear view. The open design fully displays the structure of the movement, allowing the wearer to observe the flying tourbillon. The interweaving of steel bones and light and shadow creates a more three-dimensional spatial dimension, giving the watch a purer mechanical beauty as a whole.

If Chinese watches are to develop, they must improve their own technology and quality and continue to meet the needs of consumers. As an emerging national brand, AGELOCER is very careful and stable, and has not rushed for rapid success, but has continuously invested heavily in technical research and development in the field of mechanical watches. From design and drawing, plate making, accessory production, manual assembly and testing, they strive for perfection every step of the way, just to create luxury Chinese watch movements.